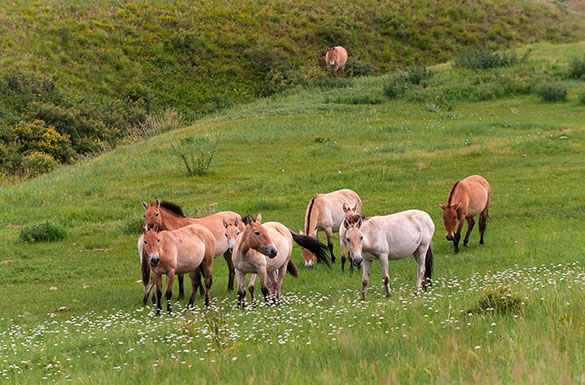 This magnificent area is official declared a specially protected area in 1992, and its became a home to Takhi- wild horses. Takhi horses were actually extinct in the wild in the mid of 1960’s. After some successful conservation program reintroduced by a group from Netherlands in the frame of international project, the first 15 wild horses were selected for reintroduction into Mongolia in 1992. As the aims of the breeding program, Hustai National Park has re-established wild Przewalski’s horses in the natural environment. A total of 84 horses representing as broad a genetic basis as possible were reintroduced to the wild through being placed in Hustai National Park. This reintroduction program has proved successful and population has increased over 300 wild horses. Its notable, Przewlski’s horses are different than domestic horses in some significant ways including;