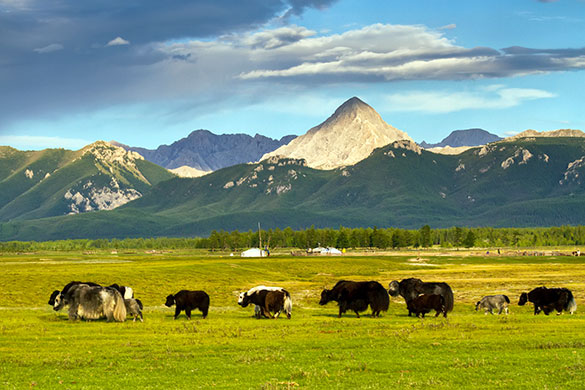 The northern part of Mongolia is the most visited one, it’s home to the Blue- pearl of Khsuvsgul lake and view- unique of Khordil Sardis mountains which were formed by the Earth’s crust fracturing and moving, and some of which rise more than 3490m (Munkh Saridag). Climate is much changeable because of surrounding territory and, cold winter dominates in the area. Winter air temperatures average -25C, and summer temperatures average +20C. The protection of natural resources in this part began with the establishment of National Park in 1992. An outstanding variety of endemic flora and fauna which is rich and various such as land-based species include marmot, wild sheep, ibex, red and roe deer, brown bear, Siberian moose, sable, wolf and fox. Unique fishes to the lakes are omul salmon, graying, sturgeon, burbot and lenok. There are more than 244 bird species in the Huvsgul area include eagles, kites, swans, cranes and wide variety of Anseriformes. There are dozens of tree species, including Siberian larch, cedar, pine, fir, birch and spruce. This remarkable Northern Mongolia is a one of Mongolian’s holy place where people through over the centuries prayed to the lake and mountains believed in its power, also it’s a home for Mongolian Shaman. 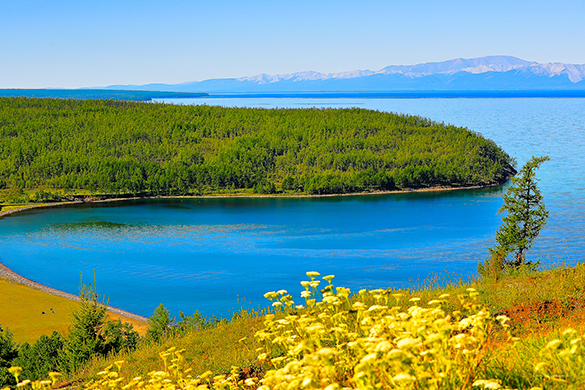 Khuvsgul’s lake is called as “Blue Pearl of Asia” due to the water is so pristine and crystal clean. Khuvsgul lake is the most outstanding example of a freshwater ecosystem on the basis of natural criteria as much as the landscape is breathtakingly beautiful during winter and summer. The lake lies in the southern Siberian zone, and an area extends from north to south with 136km and stretches from west to east 36.5km at the elevation of 1645m above sea level. The surrounding terrain is mountainous and peaks which have panoramic views of Khordil Sardig ranges and Bayan mountain ranges, along the west shore of the lake. 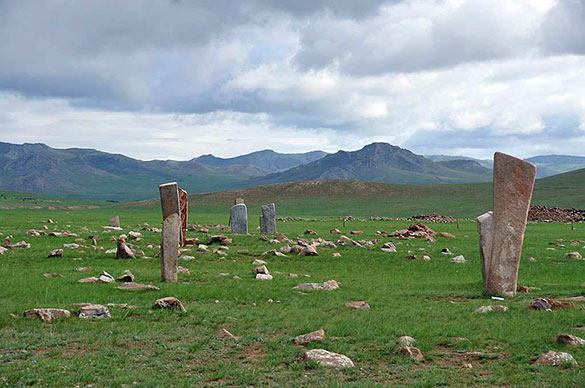 The most important monuments related to the Bronze Age were found in the Huvsgul mountains. Researchers complete the statistic figure of deer stone, and it shows that there are 233 deer stones registered in Huvsgul province and 30 of them in Uushigiin Uvur. The property of deer stone is testimony to religion, sacrificial ritual, practice and culture as much as deer stones are a symbol or reflection of spiritual belief of the ancient people. As stated by Ts.Turbat (2009), there is belief that deceased ancestors have a continued existence, and their spirits will look after the descendants. 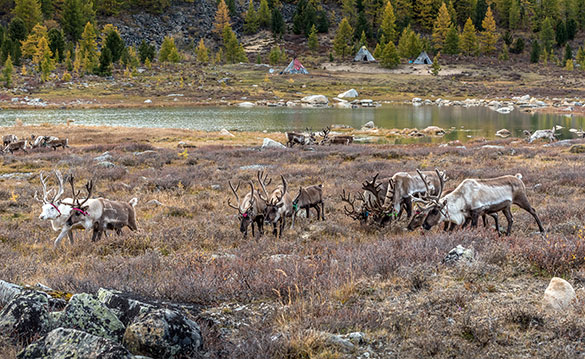 Darkhad depression is a large valley a broad expanse of open steppe surrounded by Ulaan Taiga and Hordil Saridag mountain range. This area covers over 4000 square kilometers and has many lakes and rivers those remain the significant wetland areas. Darkhad depression is home to natural habitat classified as Taiga, Alpine tundra, glacial formed valleys, forest and swamp. Also, this vast region as northernmost tip of Mongolia provides home to the reindeer population. 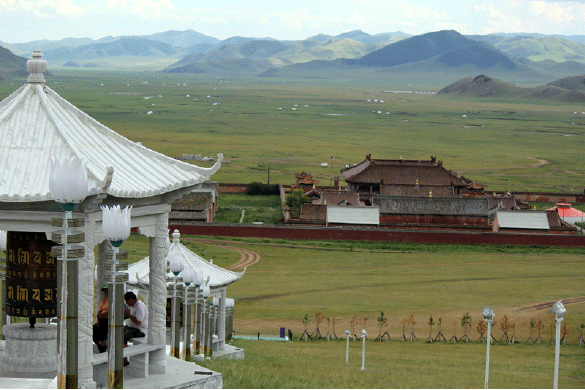 The complex of Amarbayasgalant monastery was buit betwee 1727-1737 by the Manch emperor in the honor of Undur Gegeen Zanabazar who was a great sculptor and founder of Mongolian Buddhist school. The architectures of this monastery are in Manch- style but stylistically its art has tributary Chinese architectural influence with inscriptions, symmetrical layout, imperial colour scheme and roof guardians on every roof corner. Monastery is located in the long, deep valley near the Selenge river, at the foot of Burenkhan mountain. 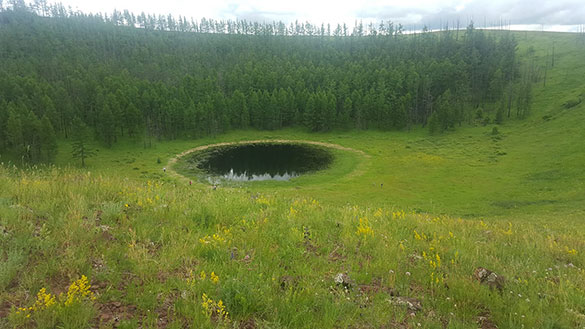 Uran Uul is an extinct volcano with energy and beauty beyond at the altitude of 1686 meters above sea level in Bulgan province. The nature-lovers from all over the Globe head to Uran Uul due to its ridge of crater that arise in nature which resembled a nice creature of mother nature. The area was preserved by the government as a Natural Monument with 5800 hectares in 1965. Incredibly beautiful volcano is formed a circle-shaped ridge with 500 diameters that contains emerald- green lake with 1.5 meters deep. 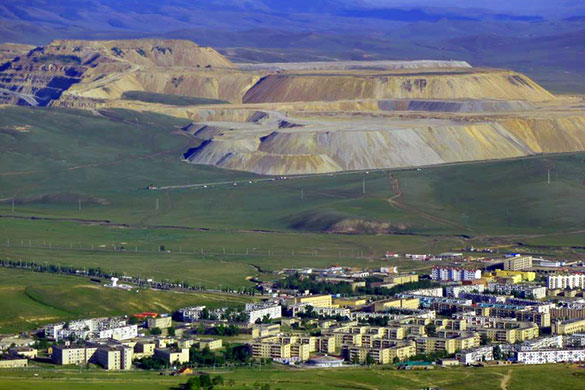 Situated in Orkhon province, approximately 375 km from Ulaanbaatar, Erdenet is Mongolia’s third largest city. The city was established in 1975 in order to exploit the large copper ore deposit in the vicinity of the current conurbation. Erdenet currently lays claim to the largest per capita GRDP in Mongolia, at US$ 6,400, as a result of the operations of the Erdenet Mining Corporation’s activities. Once established, Erdenet became the capital of Orkhon province.

Darkhan province was built in 1961 as an industrial center in the North and Darkhan-Uul province was established in 1994. With a population of 75 000 inhabitants, Darkhan is the second largest city of Mongolia The province's territory is located 700 meters above sea level and 230km from Capital Ulaanbaatar. It is located along the Mongolian railway linking the north and south of Mongolia. Even if it is located in the heart of the province of Selenge, the city is considered a municipality in its own right.